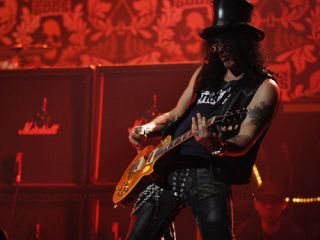 To coincide with the release of his solo album this month, Slash has just announced a series of UK and EIRE dates around his previously announced Download Festival appearance.

Dates confirmed so far are: