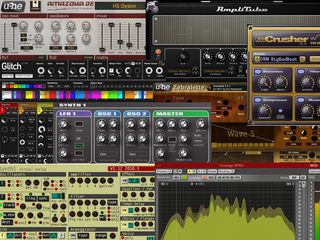 Free VST plug-ins were top of MusicRadar's agenda in July, as we counted down the 27 best ones based on your votes. There was plenty of love for our world premiere of Shinedown's new video Enemies, while Dream Theater's Mike Mangini and Motley Crue's Mick Mars told us about their favourite drum albums and blues guitarists respectively.

Dream Theater's Mike Mangini: my 10 most influential drum albums
The master sticksman on the records that shape his style

Bitwig beta hands-on preview! WORLD EXCLUSIVE!
We get our hands dirty with Bitwig Studio! Is it really an Ableton killer?

Motley Crue's Mick Mars: the 10 greatest blues guitarists of all time
The hard rocker cites Delta, Chicago and beyond