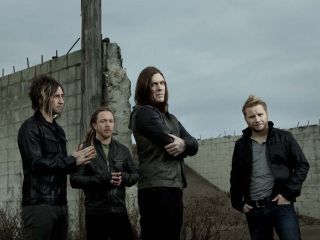 MusicRadar is pleased to present the world exclusive premiere of Shinedown's volatile new video, Enemies, taken from their top five (US) album, Amaryllis.

DISCLAIMER: The above video contains images of falsified, but nonetheless convincing violence and therefore should not be viewed by young audiences... Or people with really bad judgement.

Once you've got over the veritable chair-to-the-face of the full and uncensored Enemies video, you should know that the single is out today and is due to be followed up by a full European tour this October. Check out the UK dates and find out where you can buy tickets below.