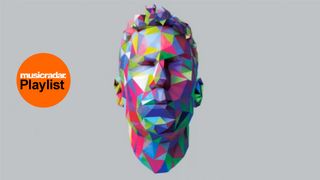 Another weekly round-up of the new music that team MusicRadar are enjoying.

As ever, let us know what you're listening to, enjoying, and being inspired by viaTwitterandFacebook.

I'm not normally one for piano-led pop, but after catching Tom Odell in Bristol last week am open to persuasion. He's got a touch of the Jeff Buckleys about him, and does a fine line in angsty vocals and uplifting choruses. (Rob Power)

Jamie Lidell - What A Shame

Synth-funk maestro and occasional Native Instruments poster-boy Jamie Lidell has a new record out early next year and this is the lead single from it. It's drenched in colourful synths, weirdly anthemic vocals and squelchy bass hits. Lovely stuff. (Si Truss)

Various Cruelties - If It Wasn't For You

Like many folks in the US, I discovered this London-based four-piece from their recent inclusion in a Zales TV ad. Score one for their sync person, as this track, from their self-titled debut album, is an evocative blend of detached alt-rock and what the band calls "shabby Motown pop." All in all, it's the best Hall & Oates song that Hall & Oates never did. Love that Mellotron during the echoey, rockabilly-esque guitar solo. (Joe Bosso)

There are lots of bums in this video, which is obviously always a good thing. But so is filthy dirty rock and roll, which this most definitely is. Crunching riffs, distorted vocals and swearwords, hooray for Findlay.(RP)