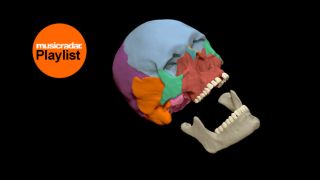 As another week draws to a close, it's time for another installment of the MusicRadar playlist. Check out the tracks that have been on heavy rotation in our office below.

Heterotic are a duo comprised of Planet Mu boss Mike Paradinas (also known as µ-Ziq) and his wife Lara Rix-Martin. This track is comes from their forthcoming second LP, Weird Drift, which is due out in April and follows the pair's 2013 debut Love & Devotion. It's by far the most fully-formed thing we've heard from Heterotic so far, packed full of gorgeous synth-pop melodies built around a delicate vocal courtesy of French vocalist Vezelay, who appears on several tracks on the new album. (Si Truss)

Released this week, Annie Clark's eponymous fourth album has left critics slavering. Darting off wherever it fancies, it sounds like the result of a marathon studio session with Sign o' The Times era Prince. Digital Witness is a perfect introduction to the record, but don't let it be your only encounter with it. (Ben Rogerson)

Damon Albarn is worried. He thinks we're all turning into mindless automatons, and, well, he might have a point. But let's park the first world angst for now and concentrate instead on the music. Everyday Robots is a lovely, forlorn little thing, elegant and melancholic in all the right places. As an added bonus the video is very brilliant indeed. Well done Damon. (Rob Power)

Norwegian synth-lover Todd Terje's excellently titled debut LP, It's Album Time, is due out at the start of April. This track, which built around funky synth lines that feel like they could have slipped straight out of the Miami Vice soundtrack, is is possibly my favourite cut from the record. (ST)