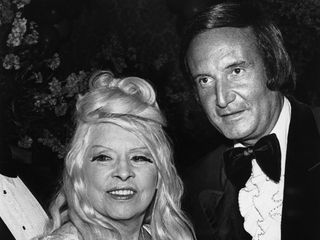 Don Kirshner, the legendary songwriter-turned-producer and promoter, who earned the nickname The Man With The Golden Ear, died yesterday (17 January) at the age of 76 in Boca Raton, Florida.

Perhaps best known for hosting his own late-night '70s TV series, Don Kirshner's Rock Concert, on which he presented everyone from Kansas to The Sex Pistols, Kirshner got his start in the 1950s, writing commercial jingles for Bobby Darin. When Darin scored a smash with the song Splish Splash, Kirshner went on to form a publishing company, Aldon Music.

Setting up shop in the New York City's now-famed Brill Building, Kirshner was instrumental in publishing songs by then-unknowns like Neil Sedaka and the teams of Carole King and Gerry Goffin (Will You Love Me Tomorrow, The Loco-Motion) and Barry Mann and Cynthia Weil (You've Lost That Lovin' Feelin', written with Phil Spector).

Later, in the 1960s, Kirshner's knack for spotting songwriting talent was put to good use for two manufactured TV pop groups: The Monkees and The Archies.

As pop gave way to glam, heavy metal and punk, Kirshner created and appeared on his own syndicated weekly rock-concert program, which he named after himself. Differing from other shows which featured lip-synched performances by the era's hottest artists, Don Kirshner's Rock Concert focused on live segments from acts such as The Rolling Stones, Curtis Mayfield, David Bowie, The Ramones, The Sex Pistols and Devo.

Despite introducing America to a wide array of emerging artists, Kirshner's skills as an MC made Ed Sullivan seem positively giddy. His trademark wooden delivery was later lampooned on Saturday Night Live by Paul Shaffer.

Kirshner is survived by his wife, Sheila; his children Ricky and Daryn; and five grandchildren.