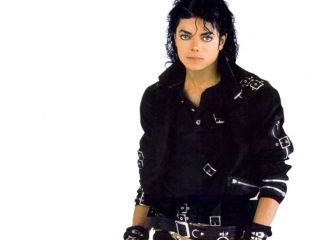 The world of music has been reacting to Michael Jackson's sudden death at age 50.

The singer passed away in Los Angeles on 25 June after suffering a heart attack. He was preparing for his This Is It comeback shows in the UK, scheduled for July.

Some of the many tributes released so far:

Jermaine Jackson: "My brother, the legendary king of pop, Michael Jackson passed away on Thursday June 25th 2009 at 2.26pm. It is believed he suffered cardiac arrest in his home.

"Our family requests that the media please requests our privacy at this tough time. And may Allah be with you Michael, always. Love you."

Quincy Jones: "I am absolutely devastated at this tragic and unexpected news. For Michael to be taken away from us so suddenly at such a young age, I just don't have the words. Divinity brought our souls together on The Wiz and allowed us to do what we were able to throughout the 80s.

"To this day, the music we created together on Off The Wall, Thriller and Bad is played in every corner of the world and the reason for that is because he had it all…talent, grace, professionalism and dedication.

"He was the consummate entertainer and his contributions and legacy will be felt upon the world forever. I've lost my little brother today, and part of my soul has gone with him."

P Diddy: "MJ showed me that you can actually see the beat. He made the music come to life!! He made me believe in magic. I will miss him!" (via Twitter)

Slash: "Really sad news about Michael, he was a talent from on high."

John Mayer: "Dazed in the studio. A major strand of our cultural DNA has left us. RIP MJ. I think we'll mourn his loss as well as the loss of ourselves as children listening to Thriller on the record player. I truly hope he is memorialized as the '83 moonwalking, MTV owning, mesmerizing, unstoppable, invincible Michael Jackson." (via Twitter)

Madonna: "I can't stop crying over the sad news. I've always admired Michael Jackson - the world has lost one of its greats but his music will live on forever. My heart goes out to his three children and other members of his family. God bless."

Eddie Van Halen: "I am really shocked; as I'm sure the world is, to hear the news. I had the pleasure of working with Michael on Beat It back in '83 - one of my fondest memories in my career. Michael will be missed and may he rest in peace."

Brian May: "Hard to know what to say - what to feel. I find myself wondering what might have happened on his tour... The number of dates in the UK that he had committed to was insane. I did have a feeling it was impossible, but I was so shocked to hear that he went so suddenly. Very sad.

"Of course, I still think of him as a boy - he used to come and see us (Queen) play when we were on tour in the States, and he and Freddie [Mercury] became close friends, close enough to record a couple of tracks together at Michael's house. Tracks which have never seen the light of day... It was Michael who heard our track Another One Bites The Dust when he came to see us on The Game tour ... and told us we were mad if we didn't release it as a single."

Rikki Rockett (Poison): "Michael Jackson - huge loss!!!The words genius and musical are used in the same sentence too often. Not in the case of Michael Jackson. His musical expression will never be topped and his inspiration will live forever. R.I.P."

Calvin Harris: "I can't believe it, Michael Jackson rest in peace. Prince and Michael where I come from was our Elvis and Beatles..show sum Respect!!!" (via Twitter)

Nile Rodgers: "It's devastating to me. I don't quite get it. I just don't understand how a person who is younger than I was and to me still had a lot to give the world, is no longer here. I still haven't really digested it."

RIAA President Neil Portnow: "Rarely has the world received a gift with the magnitude of artistry, talent, and vision as Michael Jackson. He was a true musical icon whose identifiable voice, innovative dance moves, stunning musical versatility, and sheer star power carried him from childhood to worldwide acclaim.

"A 13-time GRAMMY recipient, Michael's career transcends musical and cultural genres and his contributions will always keep him in our hearts and memories. We are deeply saddened by this tragic news and our hearts go out to his family and to music lovers around the globe who mourn this great loss."

Michael (left) with his brothers in the Jackson 5

The Roots' ?uestlove: "i know we make light of me never getting sleep and overworking. but i'll say that he didn't go in vein. i will do my best to slow down as to not overwork myself to the point in which i can't even enjoy life anymore. im am devastated over this but we all have memories.

"i just hope that he will get due justice in all the press memorials and whatnot. i know he was mired in controversy the last decade of his life but i think its time we let him rest in peace and learn to separate the ART and the ARTIST - that is the MJ i will forever remember." (via Twitter)

Jackson in the era of Thriller

LL Cool J: "Peace to the King. He was one of my childhood idols. I salute you King of Pop. You made the whole world moonwalk together."

Justin Timberlake: "The world has lost a genius and a true ambassador of not only pop music, but of all music. He has been an inspiration to multiple generations and I will always cherish the moments I shared with him on stage and all of the things I learned about music from him and the time we spent together."

Kelly Clarkson: "Someone pinch me! RIP Michael. My thoughts and wishes go out to his family. We'll always love you Michael!

Fall Out Boy's Pete Wentz: "I have never felt this before in my life. I could measure my childhood 2 now on an mj growth chart. if this is true. Rip. The last legend." (via Twitter)

Ne-Yo: "Michael Jackson will live forever through the thing that he put all of his life energy into: his music. I will do my part to keep the melody alive, to keep the energy forever changing form, but never ever dying!! Long live Michael Jackson."

Thriller director John Landis: "He had a troubled and complicated life and despite his gift, he remains a tragic figure. My wife Deborah and I will always have great affection for him."

Blink-182's Mark Hoppus: "first album i ever bought was thriller. with birthday money. on cassette. for my brand new sony walkman. truth. rest in peace" (via Twitter)

Wyclef: "I will not be going on TV talking about this, but my memory of Michael was when he came and saw me in the studio, I LOVE MICHAEL" (via Twitter)

Reverend Al Sharpton: "A friend of Michael's for the last 35 years, I call on people around the world to pray for him and his family in the hour. I have known Michael since we were both teens, worked with him, marched for him, hosted him at our House of Justice headquarters in New York, and we joined together to eulogize our mutual idol, James Brown. I have known him at his high moments and his low moments and I know he would want us to pray for his family."

Miley Cyrus: "Michael Jackson was my inspiration. Love and blessings." (via Twitter)

Ludacris: "If it were not for Michael Jackson I would not be where or who I am today. His Music and Legacy will live on Forever. Prayers to the fam. R.I.P." (via Twitter)

Hanson: "We are all is shock to hear that Michael Jackson just died. It is heart breaking to think that we have lost such a musical inspiration." (via Twitter)

Solange Knowles: "Thank you Michael Jackson for being my FIRST of many! My mother took me to my FIRST concert. I was only two years old. I fell in love." (via Twitter)

MC Hammer: "I will be mourning my friend, brother, mentor and inspiration.. He gave me and my family hope. I would never have been me without him" (via Twitter)