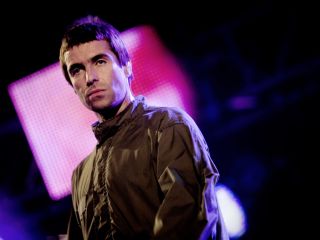 Liam Gallagher might be in a new band called...Oasis (Image credit: Nanna Kreutzmann/epa/Corbis)

Liam Gallagher says that he's ready to record a new album with his old Oasis bandmates, guitarist Gem Archer and bassist Andy Bell. Not only that, he might call the new group...are you ready?...Oasis.

"We're not using it [the Oasis name] at the moment," the singer told the Evening Standard, "but if we don't come up with something else by the time we're ready to release the album it'll be Oasis. I'm not going to call myself something ridiculous just for the sake of it."

While his estranged brother and former bandmate Noel plots a solo career, Liam is positively fired up about his own future.

"We're halfway there, man," he said. "We've got all the songs done. Without Noel at all. Me, Andy and Gem are doing it. That was the way it was going anyway, even on the last record. I'm feeling really confident about it."

As for the famous split with his brother last August, Liam said, "It wasn't a big thing for me. I've had bigger arguments with me toenails, you know what I mean? I think he just wanted out.

"He'd had enough of this lad thing, and he wants to try something new, and it's not having a dig at him, but I just think he's sort of turned himself into a fucking fake."

Following Noel's departure from Oasis, the two brothers haven't spoken. "I'm sure he thinks, 'I'll do my solo career and if it doesn't fucking pan out the way it's expected I'll give our kid a ring because he'll be desperate and he'll do anything for Oasis,' Liam said.

"Well, I'll say this right now: he's got another fucking think coming. If he thinks he can ring me up at any given stage in his fucking lifetime, I'll be busy. I'll always be busy when he rings me up."