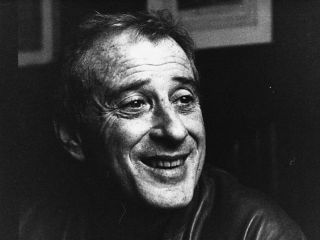 MusicRadar is saddened to report that Jerry Leiber passed away on 22 August as a result of cardiopulmonary failure. He was 78.

One of the most important songwriters in rock 'n' roll history, Leiber's 60-year partnership with composer Mike Stoller yielded a string of stone cold classics, including Hound Dog, Jailhouse Rock, Kansas City, and Stand By Me (with Stoller and Ben E King).

Leiber came from Baltimore but met Mike Stoller in 1950 in Los Angeles, where Leiber was a senior at Fairfax High. A shared love of rhythm and blues soon flourished into one of the key songwriting partnerships of the 20th Century, forged during 12-hour writing sessions at an upright piano in Stoller's home.

In the pair's 2009 autobiography, Hound Dog, Stoller says of Leiber, "Jerry was an idea machine. For every situation, Jerry had 20 ideas. As would-be songwriters, our interest was in black music and black music only. We wanted to write songs for black voices.

"When Jerry sang, he sounded black, so that gave us an advantage... His verbal vocabulary was all over the place - black, Jewish, theatrical, comical. He would paint pictures with words."