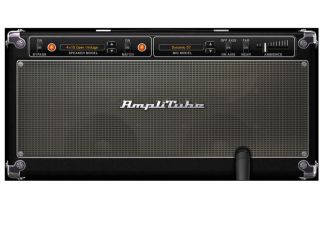 The ultimate guitar tone? Count us in

Used to be that in order to mix and match guitar amps you had to spend thousands of dollars -- and have big basement (not to mention forgiving neighbors). But plug-ins have changed all that.

The inclusion of AmpliTube 2 Duo, a unique limited version of IK's powerful guitar amp and effects modeling software AmpliTube 2, with Progression should provide a strong foundation for guitarists to create their own unique guitar sounds inside an intuitive notation application. With extremely accurate models of the most sought-after gear and the ability to mix and match separate components to build your own amps, AmpliTube 2 Duo makes it easy to craft the ultimate guitar tone.

Notion Music's Progression is an easy-to-use guitar application for learning, creating, and distributing music. Purchasing Progression qualifies users for special discounted prices on the AmpliTube 2 upgrade and also on discounted crossgrades across the entire range of IK Multimedia products. Existing customers of Progression can upgrade to the new version that includes AmpliTube 2 Duo at no charge by visiting the official Notion Music website.

And for more information, you can also visit the official IK Multimedia website.