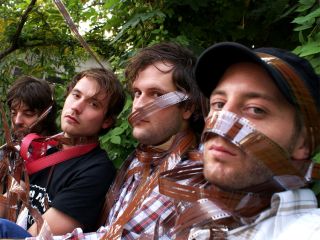 Canada's critics-chosen Polaris Music Prize 2008 has announced its 10 strong shortlist. A 178 member jury whittled down 40 Canadian albums from the past year based on artistic merit, regardless of genre or sales figures.

Sound familiar? That's because Polaris is modelled after Britain's Mercury Award, which in turn, is very similar to the US's Shortlist Music Prize.

This year's hopefuls include Black Mountain for sophomore album In The Future, The Weakerthans for Reunion Tour and Caribou for Andorra. They'll be vying for the $20,000 (CAD) prize money and, if previous Mercury winners are anything to go by (Klaxons, Anthony And The Johnsons etc), a massive increase in album sales.

The two previous Polaris winners were Arcade Fire string master Final Fantasy for He Poos Clouds and Patrick Watson for Close To Paradise. Let's hope Holy Fuck win it this year. With such a commercially-aware name, they could probably do with the radio play.