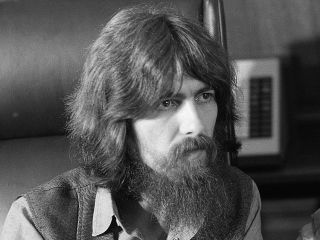 Pictured here in 1971, George cracked up at the thought of All Things Must Pass being reissued four decades later (Image credit: Bettmann/CORBIS)

Just in time for the holidays, and perfect for the Beatlemaniac in your life, here comes a special reissue of George Harrison's masterpiece, All Things Must Pass, reissued in a limited edition, numbered 180-gram vinyl set in its original 3LP configuration on 26 November and available exclusively through independent record stores in the US, EMI/Capitol Records announced Tuesday.

All Things Must Pass will also be available internationally as a non-numbered, limited-edition 3LP boxed set. On the same date, the album will be available for download purchase in audiophile quality digital format (96Khz/24 bit) exclusively at www.georgeharrison.com.

Originally released 27 November 1970, All Things Must Pass, co-produced by Harrison and Phil Spector, topped Billboard's Top 200 chart for seven weeks and includes the international No. 1 smash My Sweet Lord and its B-side Isn't It A Pity. Among its other notable songs are Wah-Wah (above), What Is Life and Harrison's cover of Bob Dylan's I'd Have You Anytime.

"George Harrison's All Things Must Pass was a milestone release in 1970 and it ranks with record store owners as one of the best albums ever released," said Michael Kurtz, co-founder of Record Store Day. "The organizers of Record Store Day could not be more thrilled to support the restored reissue 40 years later - almost to the exact day - of this majestic album."