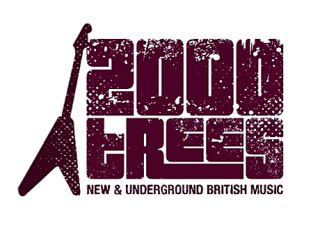 The first bands have been announced for 2012's 2000trees festival, which takes place at Upcote Farm, near Cheltenham, Gloucestershire, GL54 4BL, UK, on 13-14 July.

"The first five bands have been revealed for the award-winning 2000trees Festival - Imperial Leisure, Tellison, Tall Ships, Straight Lines and The Cape of Good Hope.

"All the acts will perform on the Early Entry bill on Thursday, July 12, but the headliner for this day remains a secret.

"Thursday night traditionally features the fans' favourite bands from 2000trees past and gives fans the chance to enjoy an extra day of music and revelry.

"Founder Andy Rea said: 'This is a cracking line-up of bands that have already played storming sets at 2000trees, so they are back by popular demand and we are delighted.

"'They will be joined by a very special headliner - we're just finalising the contract as we speak and we'll announce details as soon as we can.'

"2000trees returns for its sixth year on July 12-14 and has seen record ticket sales in its first two weeks of sales.

"Around 5000 music fans will get the chance to discover the very best new and underground British bands on four stages, plus comedy, quality food and drink and children's entertainment.

"Tickets for the three-day event - which has sold out for the previous two years - are available from www.twothousandtreesfestival.co.uk.

"2000trees has established itself as one of the leading small festivals in the British summer calendar, winning the Grass Roots Festival Award in the UK Festival Awards 2010 - voted for by festival fans."