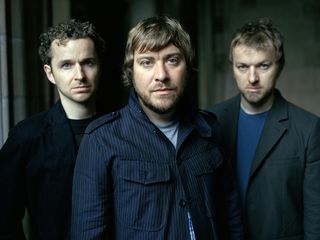 Doves have revealed more details of their 'Kraftwerk-inspired' fourth album. It's called Kingdom Of Rust and the band are giving away the opening track Jetstream as a free download.

Kingdom Of Rust is all set for a 6 April release with a single of the same name landing the week before. They've described the free download as being inspired by Vangelis' Blade Runner Score: "we always wanted to write an imaginary song for the closing credits on Ridley Scott's classic… It's called Jetstream."

You can certainly here the Vangelis influence within the opening few bars, until the recognisable vocals kick in. It's undeniably Doves, but the huge bassline makes for an exciting album. You can download Jetsream for yourself here.