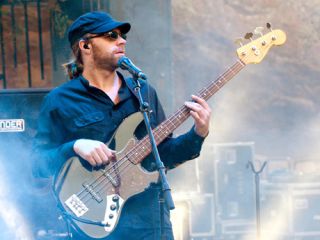 Coheed And Cambria bassist Michael Todd was arrested on Sunday, 10 July, for allegedly robbing a pharmacy in Attleboro, Massachusetts, shortly before the band was set to open for Soundgarden at the Comcast Center in the nearby suburb of Mansfield, just outside of Boston.

According to a police report, a male entered the Walgreens pharmacy around 1pm and "threatened a pharmacist with a bomb threat and demanded Oxycontin. The male was given six bottles of pain pills."

Todd was spotted by a passerby getting into a cab, which police determined was headed to the Comcast Center. It was at the venue that the bassist was arrested and charged with armed robbery and possession of a class B controlled substance. He is being held at Attleboro Police Department on $10,000 bail.

An official statement on the Coheed And Cambria website reads: "Michael Todd was arrested today on what we consider very serious charges, and therefore he will not be finishing up the current tour. We are surprised, to say the least, and will address the situation with Michael after the tour. For now, we just want to have a great time out here and finish with some killer shows in Boston, Poughkeepsie, Quebec City and Halifax."

Starting tomorrow, Wes Styles, the band's touring keyboardist, will assume bass duties for the remainder of the dates. No shows are being canceled