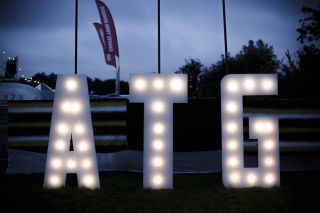 Alt-rock/post-rock/prog festival ArcTanGent has revealed a host of new acts for the third year of the festival, including Deerhoof, Blanck Mass, Brontide, Mutiny on the Bounty, Delta Sleep, Axes, The Fierce & The Dead, Quadrupède, USA Nails & Cousin.

Billed as 'the world's ultimate music festival for connoisseurs of math-rock, post-rock, noise-rock, alt-rock and everything in between', the past two years of ArcTanGent have won acclaim for their diverse showcase of world talent and intimate atmosphere - and Total Guitar is an official partner for 2015.

The festival runs between 20 and 22 August in the usually tranquil surroundings of the Mendip Hills in Somerset, ten miles south of Bristol. Tickets cost £95 for a full three-day ticket or £75 for Friday and Saturday, and are now on sale via the ArcTanGent site.