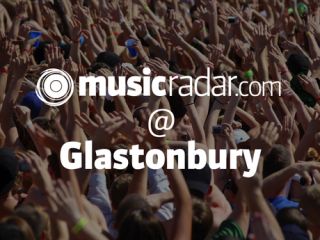 In case you hadn't noticed, Glastonbury 2009 is on: time to stand in a field, see Kate/Sienna/whoever strutting around in short shorts and wellies, watch some grandstanding from legends and some supporting acts break huge.

If you didn't manage to blag a ticket (who's laughing now, have you seen the weather?) we've raided the archive (since 1984) for some of the greatest Glasto performances of all time. From career-defining singalongs at sunset to madferrit anthems in the afternoon. We've even dropped in a few of Michael Eavis' top picks. And he should know.

So sit back, grab a warm can of cider and allow us to make you really regret not being there - rain or shine...

Next page: 1995, Pyramid Stage and lots and lots of Common People

The song that, for its duration at Glastonbury, halted the class war. For a few minutes in a field in Wiltshire rich and poor were united. Jarvis made us all one, 'common' people... we were just a bit sniffy about Greek parvenus is all. Masterful performance and you get a lot more violin for you money that you expect too.

This is the performance that transformed The Flaming Lips from a group of acid munching wastrels into a major musical force. They were overnight stars after just 20 years of grinding away at the rock face. It's a shame they don't seem to have moved on in 10 years though. Bonus: at 4:12 on the fifth of the videos in this sequence, try and be cynical when the Dolphin gets a big hug from the Lion. Go on, just try...

This is a great crowd video that shows what clapping is like from the proles' point of view. The sound quality is pretty good too and what a sound it is (apart from the nearby out of tune and cider belching). At 4:49 a portaloo appears to float Pink Floyd pig stylee overhead. Of course.

At 1.28 Liam snarls, "I think you're the same as me" and back then he could claim it. This is before he became a puppet version of himself and the performance shows it. The anger is barely controlled and unlike other years where he has seemed absent from stage (even while prowling it) here he's right in your face. "Not 1995 or any later," says Eavis, "they deteriorated with age."

It's easy to mock Macca but all he needs to do is wheel out a classic track and he'll still your tongue. This is a masterful creation and this late night video with crowd shots and campfires to the soundtrack of a lovely acoustic track is what it's all about. When it's over, the crowd go mental...

It's a sunny afternoon. You're frazzled on Red Stripe when a fat Manc with a voice like an angel and a platoon of violinists storms the stage. This loved up anthem does the trick. "One day like this/A year'd see me right." Is the classic last line and no one in the crowd would ever disagree.

Alex Turner shows off his end-of-the-pier charm: "This one's called Mardy Bum, ladies and gentlemen." and features a crowd so enamoured of their heroes that they not only sing every word they sing the notes too. Quirky and quintessentially British, just like Glasto.

Smug Moby in his wee little plastic shoes showed everyone that he had earned his right to some self-satisfaction here. The set saw him take on everything on stage from guitar, drums and decks. Then he encored with the song Radiohead denied the crowd. And he absolutely kills it.

This is a powerful performance - hugely enhanced by the stage being invaded by a bunch of gorillas. This is also the slot that Basement Jaxx were dropped into when Dame Kylie had to drop out due to breast cancer. They went on to cover Can't Get You Out Of My Head. Respect.

Flute? Check. Guitars? Check. Snare/tambourine combo? Check. French Horn? Check. Rousing chant-filled anthem. Chhhhhhhheck! We'd all heard about The Arcade Fire by the time they rocked up at Glastonbury but this proved why the Canadian tragedians may be the best live band in the world.

They look and sound like the cast of a Bret Easton Ellis novel, but the sinister hippie preppies pull out a great gig here in the John Peel tent. 2008 was their year and there is nothing the Glasto crowd likes more than the sound of a new band arriving.

The most unsung UK band of the last decade and a bit always pull out a great performance live and, because the Brits love an underdog, we take these fellas to our heart. This though was '95 when we didn't know where they were headed and Alright was just a knockabout soundtrack for the summer...

Lovefoxx gets on the helium to start with and shows you not to trust your belongings to the crowd - she jumps into them only for a meaty anonymous hand to rip her headband off. She's the star though as she confounded indie boys everywhere with a look that channels Damo Suzuki. Really.

Ashcroft starts off talking to the crowd earnestly and without a mic - make of that what you will but this is a song about drugs, isn't it? This is a solid performance in the kind of halcyon sunshine that doesn't appear to have occurred since.

Shame there's no video here: they didn't have a fence around the Pyramid back then and the set ended with a stage invasion. "I think they had a good time but Morrissey never admits enjoying himself," quoth Eavis. Good point well made.

Voice of an angel, dress sense of a terrace thug Paul Heaton camps this right up. On every chorus line he skips forward arms outstretched to the fans and even throws in some tap dancing. The crowd seems unfeasibly large even for Glasto but again these are national treasures.

Lots of people hold CSS's Lovefoxx responsible for the return of the cat suit (I know it's transformed my life…) but actually it was this high pitched, camp-as-a-flamingo's-handbag, funk disco delivery from Jake Shears. This also helped their album become that year's UK bestseller. Warning: The video finishes a smidge early.