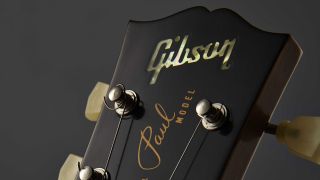 Gibson Brands is “running out of time - rapidly” to resolve its debts, according to a report by the Nashville Post.

Without going too far down the financial rabbithole, the renowned guitar maker ultimately needs to make $375 million in debt repayments by 23 July, otherwise an additional $145 million is due.

Failure to repay could even result in the departure of CEO Henry Juszkiewicz, says Kevin Cassidy, a senior credit officer at Moody’s Investor Services: “If this ends in bankruptcy, he will give up the entire company.”

“Some type of restructuring will be necessary. The core business is a very stable business, and a sustainable one. But you have a balance sheet problem and an operational problem.”

Reports have been circulating regarding Gibson’s financial status for some time, with speculation escalating last year following the sale of its Memphis factory and end of development for Cakewalk music software.

The company looks to be changing direction, however: this year, Gibson Brands attended the Consumer Electronics Show rather than the more customary NAMM convention, in order to focus on its Philips audio brand - the ambitious group also plays host to audio companies TEAC, Tascam and Onkyo.

Gibson Brands is due to report its figures for its fiscal third quarter to shareholders next week, where the Post notes, “Bond owners will be watching for an improvement in the company’s electronics business, which has been built up in the past few years via debt-fuelled acquisitions but has seen sales slump of late.”

“Still, even a solid turnaround on that front won't be enough for Juszkiewicz to avoid difficult conversations.”