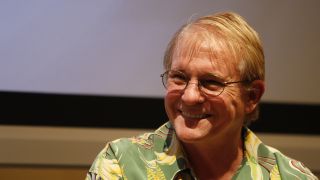 Olsen produced over 100 albums during his career, many at the legendary Sound City studio in Los Angeles that was the subject of a 2013 Dave Grohl-directed documentary.

Olsen's cause of death has not yet been confirmed and although born in 1945, his exact age has not been revealed.

My amazing and talented friend Keith Olsen has passed away. Such a gifted producer. And later on a wonderful guy. Ha, ha... he could be a bit of a pistol in the studio but that was part of his talent. Sticking to his guns when some whiny artist (me) would say, "I don’t think that works." He didn't produce all those hits for all those musicians for no reason. He had a golden ear and helped so many people reach their potential. I remember playing him my demos and he picked “Jessie’s Girl” out of a batch of 15 songs and said "This is a hit.” I doubted him and thought there were better songs in my demo reel. Proof right there of his gift. May God give your spirit the peace and joy and the rest it deserves. You were a star maker in so many ways. God bless your memory my friend. ♥️ Rick Springfield