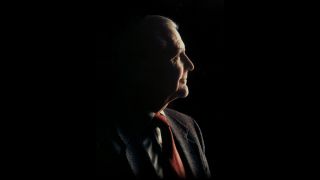 Vic Firth, legendary Boston Symphony Orchestra timpanist, world-renowned educator and founder of Vic Firth Company, has passed away at the age of 85.

Here is the official press announcement from Vic Firth Company:

Everett "Vic" Firth, the legendary musician, educator and entrepreneur who performed with the Boston Symphony Orchestra for fifty years and founded the world's leading drumstick manufacturer, the  Vic Firth Company, died on Sunday in Boston. He was 85.

Born in Winchester, Massachusetts, and raised in Sanford, Maine, Vic Firth was the son of Rosemary and Everett E., a successful trumpet and cornet player who started the younger Firth on the cornet when he was four. In the following years, Vic Firth took lessons on a variety of instruments. By high school, he was playing percussion full-time, and by age sixteen, had formed the 18-piece Vic Firth Big Band, which performed throughout the New England area.

At age twenty-one, Firth auditioned for and became the youngest member of the Boston Symphony Orchestra by thirty years. Not yet finished with his bachelor's degree from the New England Conservatory of Music, he had to make special arrangements in order to complete his course work and degree.

While still a student at the New England Conservatory, Firth also began to devote himself to teaching, which would become one of his lifelong passions. He started first in the preparatory department at the school, and eventually became head of their percussion department, a title he held for forty-four years. He also guided numerous gifted students through their education including, Harvey Mason, Kenny Aronoff and Anton Fig.

In 1992, Firth received an honorary doctorate from the New England Conservatory, and in 1995, he was inducted into the Percussive Arts Society's Hall of Fame.

He retired from the BSO in 2002. "Vic was quite simply the consummate artist," reflected former Boston Symphony conductor, Seiji Ozawa. "I believe he was the single greatest percussionist anywhere in the world. Every performance that Vic gave was informed with incredible musicianship, elegance and impeccable timing."

Firth was obsessed with the quality of sound. This is what guided his playing, his teaching and ultimately, led to the birth of the Vic Firth Company in 1963.

Firth hand whittled his first pair of sticks in his garage, and when word got out about his sticks' superior quality, the company was born.

"I thought there was a need for a higher-quality stick than what was being manufactured at the time," Firth recalled. "Also, I was asked to do certain things that were perhaps more sophisticated than a lot of timpanists were doing, so I started designing sticks to accommodate what I had to do."

Vic Firth is credited with inventing or standardising many of the key manufacturing processes used today in the drumstick world, including centerless grinding, pitch-pairing, weight-sorting, injection molding, and the introduction of the more environmentally conscious stick sleeves which keep sticks paired together. With all the technological breakthroughs he made, he coined the tagline, "The Perfect PairTM" which has become iconic around the world among drummers.

"Vic was a visionary in the music industry who was revered by all of us," said Craigie Zildjian, CEO of the Avedis Zildjian Company, which merged with the Vic Firth Company in 2010. "Never one to accept the status quo, Vic blazed trails throughout the drum world."

Vic leaves behind his immediate family, his extended family of musicians around the globe, and a legacy that will never be forgotten.