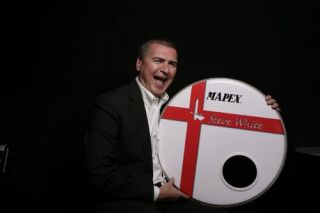 Steve White is among the guest tutors for this year's event

Gregg Bissonette, Steve White and more have been announced for the 2013 Freddie Gee Drum Academy.

The pair are joined by Neal Wilkinson for the five-day tuition course.

Held at Sparsholt College in Winchester, the course delivers a stellar roster of tutors each year, with the 2012 event attracting the likes of Richard Jupp, Ralph Salmins and Damon Wilson.

UPDATE: More star names have been added to the course's line-up - with Kasabian drummer Ian Matthews, Richard Jupp and Pete Cater all added to the roster.

It's already shaping up to be a busy 2013 for Bissonette, as he earlier this week confirmed the Gregg Bissonette Groove Camp, which will be held 15-17 March in Thousand Oaks, California.