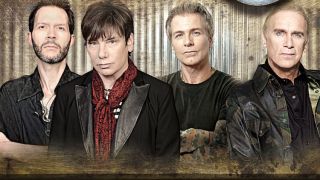 Mr Big have revealed that Matt Starr will stand-in for drummer Pat Torpey on their forthcoming tour.

Starr, who is also sticksman for KISS founder Ace Frehley, will be behind the kit on the band's 2014 world tour.

The drummer has previously played with the likes of Love/Hate, Quiet Riot frontman Kevin DuBrow and Beautiful Creatures.

The news of Starr's arrival into the band comes after Torpey was recently diagnosed with Parkinson's disease.

The band hit the UK for a show at KOKO in London on 17 October. Visit www.mrbigsite.com for more information.