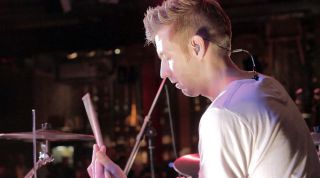 Master sticksmen from around the globe will head to Frankfurt next week to battle it out at the Roland V-Drums World Championship.

The event, at which Rhythm will be a guest judge, will see contestants from 16 countries take to the stage and perform.

In addition to their playing skills, entrants had to prove their musical ability and technical command of the instrument.

The event will be streamed live right here starting at 19.30 (GMT+1) or by following the link in the Roland Connect App, which can be downloaded via the Apple App Store and Google Play for smart phones.