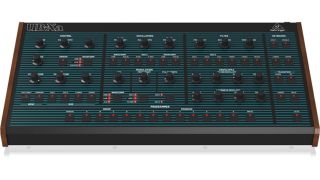 Uli Behringer has “officially announced” that his company is working on a clone of the Oberheim OB-Xa that will be known as the UB-Xa. However, we don’t know when it’ll be available or how much it’ll cost.

Following last month’s new product reveal/takedown and the current no-show of Behringer’s Minimoog emulation, this announcement on the Gearslutz forum is bound to be greeted with a certain amount of cynicism and eye-rolling, but the company claims that it’s committed to making an “authentic-sounding instrument and offering it at a truly affordable price”.

That said, the company also says that this is “more of a labour of love than a commercially viable project,” so the engineers won’t be working on the synth full time and will have to spend some of their free time working on it. As such, it’s unlikely to be released this year.

The UB-Xa will be developed by the Midas team in Manchester, who previously created the DeepMind12. Behringer will reveal more details in due course.