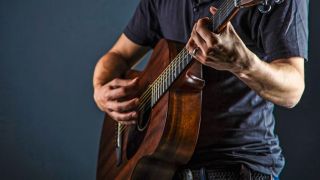 Since April this year, we’ve been on the hunt for the best amateur acoustic guitar players around the world, to see who should be crowned Acoustic Guitarist of the Year 2018. The winner of the event, sponsored by Takamine, will join the ranks of previous winners including the fantastic Will McNichol.

Having completed the unenviable task of selecting finalists (based on originality, technicality, musicality and feel), we can now reveal the three guitarists who will battle for the Acoustic Guitarist of the Year title, live at the UK Guitar Show in London on Saturday 29 September.

In addition to the prestigious title, the victor will also walk away with a beautiful Takamine EF340S-TT ‘Thermal Top’ guitar, amongst other fantastic prizes.

In no particular order, here are your Acoustic Guitarist of the Year 2018 finalists: