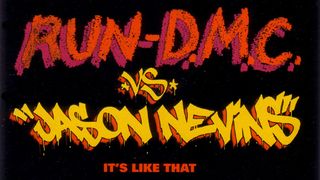 What, exactly, is a remix? The concept is simple: transform an existing track into a new version somehow! Creatively speaking, this can range from simple sonic adjustments to the mix, alterations in arrangement or structure, a creative reworking of the original’s aesthetic, or any combination thereof.

We can trace the roots of modern remix culture to the Jamaican music scene of the late '60s and early '70s. Producers such as King Tubby, Lee ‘Scratch’ Perry and Errol Thompson remixed existing multitrack recordings of hit ska, reggae and rocksteady songs live using their mixing console’s volume level, EQ and mute/solo controls, alongside overt tape echo and reverb, to create fresh versions of the original tracks, stripping back vocals and musical hooks to focus more on drum and bass syncopation. These remixes (or ‘dubs’) got the dancefloor moving, but still retained recognisable elements of the originals.

Early hip-hop was also a form of remixing: DJs would use two turntables to loop, cut and scratch two identical copies of songs, creating an entirely new form of music as a result.

As the 80s unfolded, major artists and record labels began to see the value in commissioning remixes of their music, to give their songs appeal to a wider audience. Early pop remixes typically stayed true to the original song, just with a longer arrangement and extra instrumentation to make them work as extended mixes for club play.

As technology evolved, leading to the dance music explosion and Summer of Love in 1988, remixes increased in complexity, becoming a staple for a significant number of dance music singles. In the 90s, the rise in affordable samplers and computer-based recording also gave birth to the mash-up, where a remixer would find an instrumental and mix it with a vocal in the same key to create a not-so-subtle hybrid of two tracks.

Fast forward to 2017, and remixing is an ingrained part of music culture, with remixes readily categorisable into six types…

For a wealth of remixing tutorials, pick up the October 2017 edition of Computer Music.

An official remix (Andy C’s rerub of Major Lazer’s Get Free, for example) is typically commissioned by an artist or label, with full stems and/or MIDI files of the track in question supplied. There’ll typically be a fee involved if your profile as a remixer will help to sell the record, with profit shares sometimes offered for lower profile remixes.

These are typically unofficial - ie, made without permission from the original artist. Multitrack stems might be available if you’re lucky, but most bootleggers take sections from the single stereo mix and meld them together into a DIY remix. Bootlegs can also give your career a boost - Jason Nevins blew up after his bootleg of Run DMC’s It’s Like That was officially released.

Mash-ups are created by merging two tracks together to create a new mix, often by adding the vocal from one big track to the instrumental of another. Mash-ups can be somewhat cheesy, but equally can draw a huge reaction when played in a DJ set, with artists like the Cut Up Boys basing their whole careers on mashing  tracks into each other.

If your latest track’s being rinsed far and wide, making your own VIP remix can give you an exclusive for your own DJ sets while still jumping on the popularity of the original. Good starting points when doing a VIP are to tweak the riffs, change the drum pattern, or get a personalised vocal recorded - just like DJ Zinc did with his Ms Dynamite VIP of Freenote!

Creating custom edits of your song can make it more appealing to different markets and audiences. The Daft Punk & Pharrell Williams smash Get Lucky is a great example - cutting down the full mix to a more focused four-minute radio edit distilled the very best sections of the song into a masterpiece that you couldn’t get away from back in 2013.

Re-edits are very popular with dance music DJs and involve taking a full stereo mix and rearranging it in a manner of your choosing - anything from lengthening the drop or simplifying a complicated arrangement through to removing that bridge section that doesn’t mix well. Check out Mr. Scruff’s legendary DJ sets to hear a slew of re-edits in the wild.