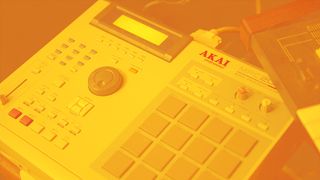 Hardware sampling has always been defined by its own limitations. That might sound counterintuitive these days, but it’s a common theme that crops up throughout musical history: faced with exciting but fundamentally limited new equipment, artists pushed it to the limit, exploring what it could do when used and occasionally abused.

Whenever people reminisce about '80s and '90s hardware samplers, you’re likely to hear them recount fond memories of lo-fi sound: 12-bit this, crunchy that. There’s no denying that the sound of those low-res samplers has aged well. The 8-bit Emulator II and the 12-bit MPC60, for example, have noticeably different characters to later 16-bit models in the same ranges. The sound of a 12-bit sampler, for one, isn’t always completely filthy, it generally just sounds a bit tougher and punchier.

The easiest way to recreate these low-res digital sounds is with a bit-crushing plugin, which most DAWs include as standard these days. You’ll usually be able to reduce the sample rate and bit depth independently, both of which will have a profound effect on the overall sound, first introducing a bit of mild grit before breaking up completely at extreme settings.

NI’s Maschine includes vintage modes based on classic MPC and SP units, while TAL’s TAL- Sampler offers a bit more control over the results, with a setup closer to a sample-based synth than a straightforward sample playback device. There are even options based on less prestigious but equally interesting vintage models. 112dB’s Morgana plugin is based on the 8-bit Ensoniq Mirage’s sound (but thankfully not its hilariously bad user interface).

Turn your computer into a sample-wielding time machine with these retro-emulating hints, tips and techniques.

1. Clip round the ear

A winning method for adding extra impact to drum hits is to clip them using some sort of saturation, distortion or dynamics processing. Ram your snares through a tape emulation plugin to get that hard, Dr Dre-style pushed sound, or clip them heavily using a limiter with fast release to add some bite and high- frequency distortion. Alternatively, try the WaveShaperCM – an excellent choice for a large dose of hard distortion that works well on drum hits.

If you listen carefully to older sample-based tracks, you’ll hear the odd artefact where the zero crossings of a sample haven’t been edited as cleanly as the producer might like due to the limitations of the equipment. Mimic this by editing your samples with zero crossings turned off for a less accurate sound, or even by adding your own clicks to the sample.

3. Spring in your step

If you’re trying to make retro sounds with 21st century-sounding plugins, the game will be given away immediately! Effects-wise, try using mono spring reverb for ancient ambience that doesn’t sound too shiny. More generally, it’s always a good idea to avoid modern stereo-widening techniques – sticking to basic panning and retro-sounding reverb will help to get that classic sampled sound.

Step away from the sound of modern, glossy mixes by embracing a bit of midrange mud when EQing. If you’ve thought of cutting some mids out, leave them as is – or if you were going to leave them alone, try instead adding some midrange tape or tube saturation using a multiband tool like FabFilter Saturn.

If you’ve got a synth pad, say, that sounds cool but a bit thin, why not duplicate it in your sampler and pitch the copy down an octave? This’ll instantly add some guts and depth to the original sound, as well as potentially serving as a tasty edit at some point in your track.

6. Down the signal path

Don’t forget that old-school tracks were created entirely outside the box, and the signal path used will always have a major bearing on the sound. You can emulate this in your DAW by placing the relevant plugins at the correct points in the signal path – eg, a mixing desk channel strip or preamp emulation directly after the sampler, and so on.

Several famous albums, including Nebraska by Bruce Springsteen and Enter The Wu-Tang by Wu-Tang Clan, were either recorded entirely or mixed down onto cheap four-track cassette recorders, which certainly contributed heavily to their unique, lo-fi feels. To get a chunk of that rawness for yourself, try dubbing your sounds onto cassette tape or, alternatively, using a cassette-emulation plugin such as Klevgrand’s DAW Cassette.

To add extra character and bite to your sounds, try smashing them through liberal amounts of saturation, overdrive and/or distortion – there’s no room for subtlety here! If you then end up overdoing it a touch, mix the dry signal back in in parallel to restore some balance, while still keeping that ruggedness you’re aiming for.

If you made music using a sampler back in the '90s, you might well have had an inexpensive reverb unit from the likes of Alesis, Zoom or ART that, while not sounding totally realistic, would have had character in spades. Emulate the sound of this kind of gear in the box using Voxengo’s excellent (and free!), '90s-tastic OldSkoolVerb.

For a different way to make your drum hits sound lo-fi and/or unusual, try converting them into low-quality MP3 format. Unlike bit reduction or distortion, the lossy codec used by MP3 will try and reduce the quality level as cleanly as possible, leading to some quite unique and interesting results, particularly when you’re converting all the way down to 32kbps and lower.