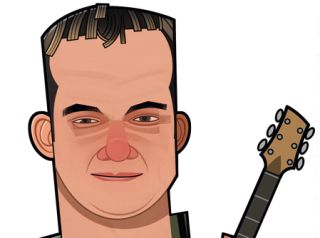 Following the previous article, it seems that the three point plans have helped focus the musical pursuits of many of you. To reiterate, the three-point plan for taking gigs needed at least one of the following to be satisfied:

- The financial benefits are good

- Good for the CV

- The gig (music/band/audience) will be much fun!

Since then however, I've considered two other additions that are worth chewing over.

One concerns networking - what if a gig doesn't resolutely tick any of the three points but could potentially open you to a fresh network of musicians and/or clients? Granted, this may seem a little opportunistic and somewhat career driven but nevertheless if you're set on being a serious pro musician it's not to be overlooked. Certainly, several of us on GT have taken gigs largely on the potential repercussions afterwards and I'm sure many of you have too.

My second addition is more holistic than career driven. A directive in Robert Kiyosaki's book, Rich Dad, Poor Dad, inspired it - to paraphrase 'take on [jobs for] what you can learn rather than what you can earn'. For us it can mean allocating time to learn/gig material that is totally new while avoiding dreaded 'balaclava gig' territory (more on that dilemma another time). So if you're a rock player, tackle some fingerpicking pieces on acoustic. If you're a blues lead player, try some jazz pieces that require sophisticated chord voicings. And if you're a shredding fusioneer go write a (good) three chord pop song!

So you've now a five-point gig plan - well, unless a sixth point happens to crop up sometime soon…