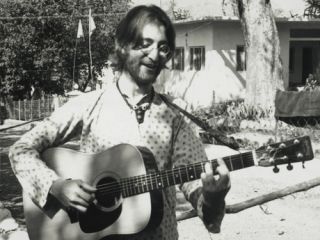 Context: Bm6 (capo second fret) as the chord after the middle eight phrase, "Her hair of floating sky is shimmering" and before the word 'glimmering'. Low to high strings: X 0 2 2 1 2

This chord is usually found as part of a descending or ascending sequence - m7, m6, #5 etc - as it doesn't always sit that comfortably on its own

James Bond Theme - Em6 as the third chord in the intro, before the twangy guitar melody comes in. Low to high strings: 0 4 2 0 0 0

John Lennon again - Em6 in Jealous Guy, as the 'hanging' chord between "And my heart was beating fast…" and "I began…". Note the different inversion to the James Bond Em6 - low to high strings 0 2 2 0 2 0