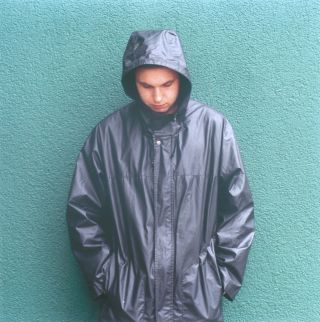 Want to know what five pieces of software are most treasured by house wiz Jamie Anderson? Read on to find out what's on his hard drive…

"A Mac running Logic was a fairly recent addition to the studio. Having spent years priding myself on custom-building my DAW PC to get the most power and stability possible, by default my choice of sequencer had always been Cubase. Since collaborating on tracks with Switch, Dave Angel and Jesse Rose, who all use Logic, I found the workflow in Logic was becoming more like what Cubase should be. It was like the upgrade Cubase had failed to provide! I now only use Cubase on the PC if I want to mixdown on the desk via the MOTU 2408s."

"The SV-315 Mk2 is my go-to compressor. It has a nice snap and warmth to it and I can get similar results as from my Joemeek VC2.2 optical compressor without having to route through the desk. I use the SV-517 Mk2 EQ a lot, too. The analogue modelling works well for sweetening or adding air without sounding digital while the EQ still remains useful for cutting frequencies. Both these units are the perfect combination of sound, form and function; they do what you expect them to. I pretty much have an instance of both these on every track where needed."

"When I first came across FabFilter One I was immediately taken in by its simplicity. I was able to select a waveform and mould it into whatever sound I could think of without too much fuss. The layout and features are practically the same as my Nord Lead, so mapping controllers to that keyboard was easy. I also love the FabFilter Twin, which builds on the One, adding an extra two oscillators, internal FX and more flexible LFO and Envelope routing. It has a more complicated interface but the trick with FabFilter plug-ins is to start with a clean preset, and add whatever modules you need from there."

"This is one of the best collections of quality classic effects available. The EchoBoy is usually my first choice when looking to create delay effects - it's especially useful for shorter delays and stereo ping-pong effects. (I still use the OhmBoyz for dubbed-out delays up to four-bars long, though.) Crystallizer is fantastic for sporadic special effects while PanMan is great for creating a bigger stereo image and PhaseMistress for classic sweep phasing of synths and drums.

"Once Live is ReWired to Logic, the two sit comfortably together and work seamlessly in sync. I can throw loops and samples at Live to see what works, chop them up, then bounce back into Logic. I find flipping through my sample bank via Live's menu system a lot quicker too - I can preview samples in real-time while the main song is playing in Logic and get a real sense of which sounds could work in a mix. Despite the flex-time function in Logic, I usually get my samples synced and timestretched in Live first, or for one-hits I just drag the sample direct into the arrange page of Logic before converting to an EXS24 sample track for sequencing."