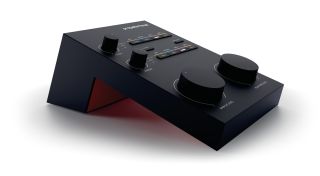 Exciting news from Propellerhead Software and their UK distributor Sound Technology: the first public preview of Reason 6 and its accompanying audio interface Balance will take place at our upcoming event, Producer Sessions Live.

Run by the teams behind Computer Music and Future Music, Producer Sessions Live 2011 takes place at SAE London on 3-4 September 2011. This is the event's second year, and a swarm of big-name producers including Stonebridge, D.Ramirez, Nu:Tone and chart-topping mixing engineer James Reynolds are all signed up to spill their secrets in a series of intimate masterclasses.

Swedish producer Mattias Häggstrom Gerdt will showcase both Reason 6 and Balance in the Propellerhead room at Producer Sessions Live throughout the weekend. Reason 6 is a huge update, with the long-running DAW now capable of all of Record's audio-recording, -editing and -mixing functions. Three brand new effects - "demolition" plug-in Pulveriser, studio/live delay The Echo and rhythm-creating gate Alligator - round off the package.

Audio interface Balance works as a two-in-two-out unit, but has more physical connectivity than that description would imply. There are four line ins on 1/4" jacks, two 1/4" guitar/bass inputs with pads and a pair of mic preamps with phantom power via XLR. Balance is designed for use with Reason, with several of its features offering tight integration with the DAW. One innovation is the Clip Safe function - when enabled, this records a take on two channels, with one at a lower volume in case the other one clips.