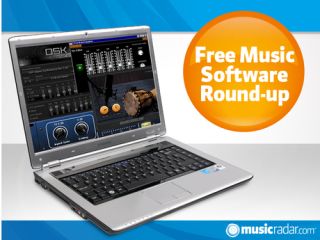 Fresh from announcing the 13 best free VST plug-ins in the world today we're back with another round-up of new ones. Will any of the four below force their way into our list off all-time greats?

A simple proposition, this: The Invisible Limiter is a transparent look-ahead brickwall limiter with automatic attack/release time optimisation. It's said that the plug-in's limiting algorithm minimises the difference between the original and limited materials.

If you're lacking a go-to bongo plug-in, here's a free option that varies the location and intensity of the hit each time you trigger it. It's based on "an authentic cowhide bongo made in the mountain province of Benguet, Philippines," apparently, with the developer also saying that "if you're making the soundtrack for the next Pocahontas sequel, maybe this can come in handy".

The SoundFont format remains surprisingly popular, so much so that DSK has considered it worthwhile upgrading its SoundFont player to version 2. This adds a portamento time control, filter amp envelope, delay and a "redistributed GUI".

This simple graphic EQ was inspired by Sir Elliot's old BSR equaliser - having fewer bands reduces the chance of having an overly processed mix, he reckons. It's designed for mixing and mastering. You can see and hear if for yourself if you watch this video.