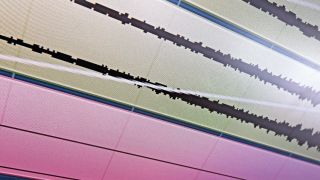 Drone is an odd word and has a number of different definitions. Setting aside its applicability to both beekeepers and warmongers, when it comes to humans it is often used disparagingly.

However, its use in the musical world is far more interesting. Although most familiar to our modern ears in the form of ambient music - a term coined by Brian Eno in the late '70s - the use of drones extends much further back than this.

The Indian classical tradition makes use of a tambura to create a sustained harmonic backing for other instruments, and the use of the didgeridoo in Australia is older still.

Interest in exploring drones in music was encouraged by the post-war exploration of tape and oscillator composition. From The Velvet Underground to Krautrock and on to Shoegaze and even film and TV soundtracks, drones are found in many types of music.

While there's no one particular method for creating a drone, there are a number of ways of approaching the task, whether you use software or hardware. This extends from a simple held synth note, to an intricate and evolving soundbed created from a mixture of well-planned techniques and happy accidents.

We've got nine tips and techniques for anyone who wants to use drones in their music. For more drone-creating ideas and tutorials, check out Future Music 292, which is on sale now.

Automation is in its element when creating drones. Automating simple, subtle and small changes to parameters is very effective in the slowly changing world of drones and ambient soundscapes.

Besides more traditional composition techniques, there are ways in which you can hand over most of the creative decisions to your computer. Siren Audio's Generative 2 software (above), for Mac and Windows, uses granular synthesis to turn an audio file or live audio input into an audio soundscape.

The synthesis engine can be left to continually change without much user input. Should you want to get more involved, this standalone app offers extensive MIDI control of its numerous parameters.

If you want even more control, Intermorphic's Mixtikl and Noatikl apps are based on techniques explored in SSEYO Koan, which found fame on Brian Eno's 1996 album Generative Music 1. iOS users can also access a wide range of interactive and generative music apps that can help expand their sonic drone repertoire.

Use filters to shape the different layers of your drone. This helps carve out space for each one, emphasising what is required. You can afford to be quite radical here.

Given that much of what happens in drones is slow moving, ambient effects like delay and reverb can be piled on without too much worry. Algorithmic reverbs, rather than their realistic convolution counterparts, work best here.

Ideally, you want one that includes a modulation section. Reverb pioneer Lexicon discovered that, by adding some pitch modulation into the reverb process, it was possible to add a pleasing and expansive sheen to some of its algorithms. You can access this first-hand from Lexicon hardware and software or a third-party alternative like Valhalla DSP's VintageVerb (above).

Delay helps smooth the rough edges of any sustained sound. Use a stereo delay with feedback. Include some low frequency roll-off on the bottom end of the wet signal to avoid muddiness.

6. Use drones in songs

While drones are often used as a key component of the overall sound design experience in film and TV, they are a worthwhile area to explore as part of more conventional songwriting. Pitched drones, due to their relatively unchanging sonic nature, will naturally try and pull melodies back to their root note, whether this is a well-defined bass tone or one implied by the other elements.

This has a long tradition in folk music, but works well in a range of other contexts. You could try applying sidechain compression to your drones (triggered from a kick drum) to make them work in a dance track.

7. Turn a drone into a playable instrument

You can defy the inflexibility of a drone by exporting your final layered creation as a new audio file and then importing it into a sampler (hardware or software). From here you can then play it at different pitches or use it as the basis for another sound - even another drone!

Once inside a sampler, drones can also form the basis of an original synth hit or chord. Add an amp envelope with a fast attack, then use a filter envelope to sweep the cutoff downwards quickly and you've got an instant house stab!

Experiment with unusual clusters of notes. They can be weirder and denser the higher up the keyboard you go. Free those fingers from the tyranny of the triad.

Audio can be manipulated in so many ways within modern DAWs, so make use of all the tools at your disposal by transforming any audio file into a drone.

Start by making copies of the file, repitched and stretched to play an octave and two octaves lower. Add reversed versions of each. Pan the audio tracks individually, and then route them through their own group or buss. Add a stereo delay with feedback, followed by a long reverb, then add a resonant 24dB/octave low-pass filter with the cutoff frequency pulled down. Pushing up the resonance will emphasise frequency around the cutoff point.