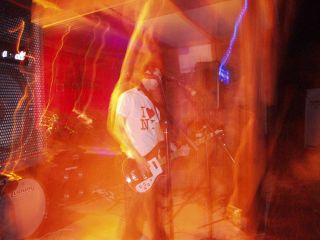 So you've diligently honed a set of all-killer, no-filler tunes in the practice room, and now it's time to take your chances in front of a throng of sweaty punters at the local live music emporium. Here is MusicRadar's definitive guide to the dos and don'ts of gig etiquette…

Do communicate with the others bands on the bill before the evening of the gig to find out what backline will be shared on the night. It's common for a headline band to let support acts share drum shells and stands - but not breakables such as snare, cymbals etc - the bass rig and often guitar speaker cabs.

Don't assume that you will be able to share gear and turn up with minimal kit unless you have agreed in advance. It should be easy to get contact numbers or email addresses for the other acts on the bill from the promoter or the venue, and it's common courtesy to ask first.

Do bring as many spares as you can, but should something go down on the night and leave you stranded, be prepared to do a bit of grovelling and drink-buying if you need to ask to borrow someone else's gear at extremely short notice. The headline act didn't splash out thousands on their kit so that you could use it.

Do turn up at the venue on time, and be tuned-up and ready to take to the stage when the sound engineer needs you.

Don't be obnoxious towards the sound engineer. He/she will be controlling the front-of-house levels during your set, so it's common sense to treat them courteously.

Do set your amplifiers to sensible volume levels on stage. Moderate levels allow the engineer to have more control over the overall front-of-house balance and mean that monitors don't need to be pushed to levels where they begin to feed back in order for singers to hear themselves.

Don't treat soundcheck as a free rehearsal and jam incessantly. One or two short songs should provide more than enough opportunity for the sound engineer to set up a decent mix. Guitarists: when the sound engineer is tweaking the bass drum sound, he/she doesn't want you to be playing blazing lead lines at the same time.

Do write a set list. Unless you are Bob Dylan or playing free jazz with a heavy improvisational element to your performances, write down the songs you are playing and the order you are playing them in.

Whole books have been written about the arcane art of set list pacing, but generally it's advisable to open with something hooky and punchy that will demand the audience's attention.

Do tune quickly and silently between songs. Buy an electronic tuner with an easily-visible display - such as the BOSS TU-2 - and trust it. The audience don't want to hear you tuning and it gives a sloppy, amateurish impression. While the guitarist or bassist tunes up it gives the singer an ideal opportunity to crack a joke or, if they aren't a natural raconteur, plug the band's website or merchandise.

Don't take an age to pack your gear away. Unless you are the headline act, the next band wants to get onstage before the audience drift away and lose interest. There will be plenty of time for excessive alcohol consumption and chatting up groupies once your equipment is off stage.

Do take the time to get to know the other bands on the bill and check out their sets. Who knows, they might even ask you to play with them in future, and it could be the start of a mutually-beneficial gig-swapping relationship.