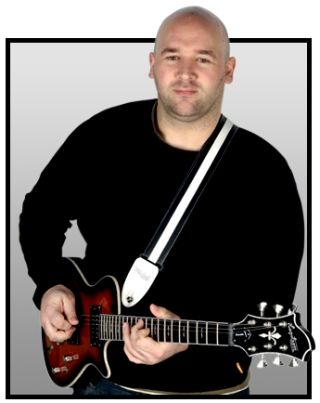 TG205 sees the first in a two-part series of video lessons taking you through Radiohead's 'Paranoid Android', a classic track from a great British band. With that in mind I thought it'd be fun to choose my five favourite Radiohead guitar tracks for your listening pleasure.

It turns out there's a simple formula for doing this: take either 'The Bends' or 'OK Computer' and choose any songs you like - they're all brilliant! It does make choosing a Top 5 rather tricky, though. These are such great guitar albums and every track is iconic. I'd changed my choice of tracks completely by the time I was halfway through listening to 'The Bends'.

Perhaps a more interesting and tricky list to compile is Radiohead's best guitar tracks of the last decade, namely since 2000's 'Kid A'. If you remember, this album saw Radiohead going 'all weird' (forgive the non-technical term!), releasing a largely electronic album with next to no guitar on it and confusing, perhaps alienating, many fans in the process. A year later, 'Amnesiac' followed similar lines, while 2003's 'Hail To The Thief' and 2007's 'In Rainbows' were seen as partial returns to Radiohead's earlier style.

So here's my list, in no particular order of importance, because I just can't choose…

'How To Disappear Completely' ('Kid A')

This track sees the electric guitar in a uniquely textural role creating swells and pads, while Thom Yorke strums away on acoustic.

What starts out as a repeating bluesy guitar riff continues on to mirror the vocal line as it changes in the chorus.

The verse arpeggios hint at 'OK Computer' era Radiohead and there's a huge chorus. It was arguably Radiohead's first rock song since 1997.

The verse rhythm guitar riff reminds me of Graham Coxon, but with beautiful swelling/feedback licks over the top.