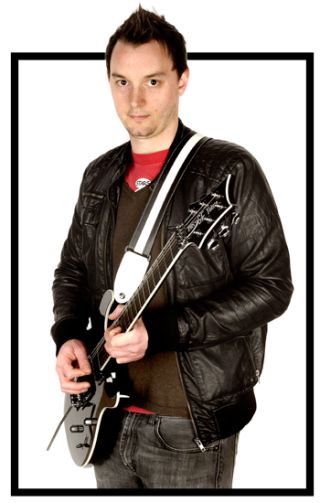 An endorsement deal, it's the elusive symbol of stardom, but just how exactly do you get your hands on the goodies? Total Guitar's Reviews Editor Stuart Williams explains the business behind the dream.

What is an endorsement deal?

Apart from getting a record deal and hearing yourself played on the radio, having gear companies beating down your door to give you free stuff is a sure sign that you're a proper guitar icon.

The problem is, unless you're at the level described above, the only thing you'll be getting for free is nine months to pay off the bill. Usually, you're still gonna have to cough up, but you might be offered a discount on the full retail price of your gear.

How to get an endorsement deal

There are no hard and fast rules for who is eligible for an endorsement deal, and it varies from manufacturer to manufacturer. It'd be cynical to suggest that endorsements are nothing more than a sideways form of marketing on a manufacturer's part, but the reason you'll be given an endorsement in the first place is because you have a profile.

As an example, a band that gigs locally, sometimes does small tours, and has no label affiliations will probably have to get in the queue for the till with the rest of us. However, if you're touring regularly, getting some good support slots in decent-sized venues and getting coverage in magazines and on TV/radio, you stand a good chance of attracting Brand X's attention.

For reasons we'll point out in a moment, if you're realistically in with a shot of getting an endorsement deal, you should choose the company for the right reasons..

The pros and cons of free gear

You're probably starting to notice a pattern here - endorsements are directly related to a band or artist's level of success. People come and watch you play, check your website, and give you media coverage. All the while you're using branded gear.

Of course, there are obvious plus points for the artist, too. If you're touring internationally, it's common to have the gear you specify provided for you in different countries, and you'll often get access to a wealth of loan instruments for recording (even if you don't get to keep them).

However, there's no such thing as a free lunch - it's a two-way street. Once you get to the level that manufacturers throw free gear at you, you'll be expected to help market their gear. This means that you'll be contractually obliged to use their gear at all performances, take part in advertising campaigns and demonstrate at events. Get caught using another brand's guitar/amp/pedal, and you might find the well dries up pretty quickly.

Perhaps the greatest irony is that once you get to this stage, you'll be able to afford to buy your gear anyway!

Check out TG202 (on sale now) for the latest gear reviews.