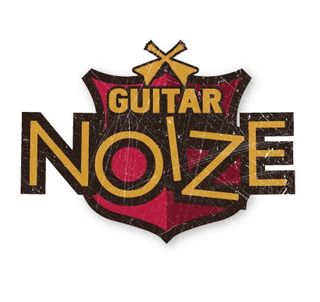 In a new series of posts, we're going to be highlighting our favourite sites on the web. Whether they cover gear reviews, lessons, news, obscenely beautiful instruments, or even just the basics, they'll all be interesting and they'll all be worth a look. First up, is the rather spiffing Guitar Noize.

Launched by Australian-based Englishman Jon Bloomer in 2007 (almost exactly three years ago), Guitar Noize promises "Guitar news from the furthest corners of the interweb" and it's also one of the nicest looking guitar sites we've seen.

There are a lot of great guitar blogs around, but what we like about this one is that Jon adds his own insightful opinion to his posts. That and he has an entire category devoted to Crazy Guitar Designs, which as far as TG is concerned, is kind of the point of the internet.

Jon told TG, "I have been running GN for 3 years now and slowly built up my traffic through my site's reputation for daily posts (weekdays at least) and by trying to mix up content with news, reviews, product demos and the occasional lesson."

"I dedicate a lot of time to the site as well as participating in guitar forums such as Rig Talk and TGP, in fact far too much time considering I have a day job as a web developer!"

Check out Guitar Noize and make sure you head back this way for more of TG's Blogs Of The Week.