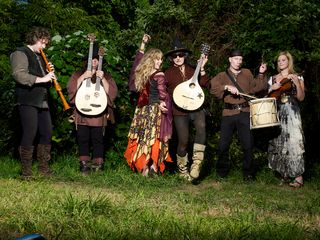 The one and only Ritchie Blackmore is due to take Blackmore's Night out on the road for five UK tour dates this year, beginning in late September.

The former Deep Purple/Rainbow guitarist and band leader will be touring the country throughout early October with his group of renaissance-themed wandering minstrels.

Watch the rather amusing video for 'Highland' from their recent album 'Autumn Sky' above to see them do some actual wandering and wearing of amusing hats.

Of course, costumes and historical inspiration aside, the reason we're mentioning this tour is that Blackmore is, of course, still a lute-loopingly brilliant guitarist and therefore more than worthy of your time, affections and astonishment.

There will even be special seating areas reserved for fans in garb and medieval clothing. TG will be there with bells on, probably quite literally if we decide to opt in on the dress code.