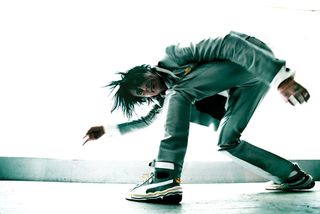 We know that album sales have suffered over the last decade as record labels battle with the net. Tommy Lee thinks he has the solution - doing away with albums.

Yup, Lee - who last year released a long player with his Methdos of Mayhem project - told Noisecreep that the future is in releasing individual tracks rather than whole albums.

He said: "To tell you the truth, I think the days of making a record, for me personally, are over. After this last Methods record I did I'll never make another full record I think. It's a waste of time cause people can only ingest a song at a time, so why not make bitching songs at a time and release them. If you want to call them singles, great, whatever; or at its maximum, an EP, four songs, done, boom."

"I just really feel like the days of the entire record are long gone…Maybe it's my child-like short attention span, but I'm not a fan of that long, drawn-out f***ing album anymore. I don't think most people are; if you look at sales most people are buying songs at a time and they're just not really buying records. That's just a sign of the times. There's so much more out there to play with that grabbing anybody's attention and keeping it there for an hour and a half, good luck."

What do you think of Tommy's plans? Is he right on the money? Or has his drum solo rollercoaster sent all the blood to his head?