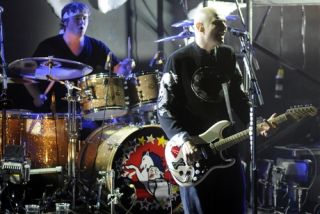 Smashing Pumpkins are headlining back to the UK this November.

The Pumpkins, featuring Mike Byrne behind the kit, will head this way for the following shows as part of a run of dates run the US and Europe:

The dates mark the band's first trip to the UK since 2008 and will be in support of new, and as-yet-unreleased, album Oceania.