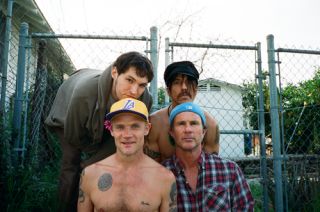 Missed out on tickets to the Red Hot Chili Peppers UK tour later this month? Fret not because they've gone and announce three new huge UK and Ireland gigs.

Chad Smith will be laying down the funk rock at the hallowed Knebworth Park on 23 June before stopping off at Sunderland's Stadium of Light a day later and Croke Park in Dublin on 26 June.

For more from Chad check out the October issue of Rhythm, which features a huge cover feature on the man himself. You can order yourself an issue here or get a digital copy on Apple Newsstand.