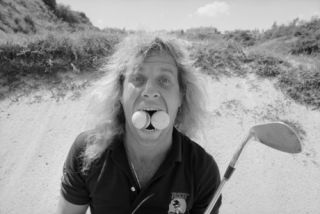 So earlier we told you that Mike D has become a wine critic, and now we've heard Ratt's Bobby Blotzer is starting a new career as a literary pioneer.

We know, the world has gone crazy.

The Ratt drummer is launching a new book series called Wanted Things You Need To Know.

Blotzer told Blabbermouth: "I got the idea for the series in thinking, 'Wouldn't it be nice to approach the author of any given book that always has one or two unanswered questions?' I want to gather not only the questions, but also have the person posing the question be in the book itself. Including your name, where you're from, and a picture of you next to your questions."

So which juicy topic will Bobby be tackling first? Presumably he'll be going for the jugular with a big hitting social issue? Oh hang on, it's '80s rock. More specifically, his autobiography Tales Of A Ratt. At least he's sticking to what he knows.