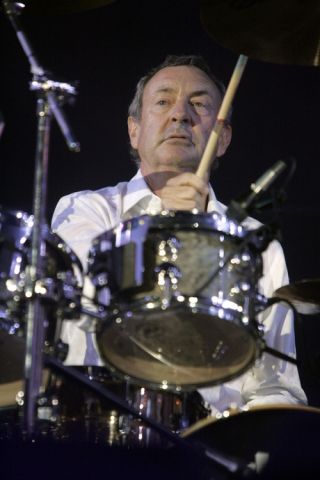 After appearing on stage together during Roger Waters' The Wall tour earlier this year speculation has been ramped up on whether Waters, Nick Mason and David Gilmour would ever reunite for a full-scale tour.

When asked by Wired.com about whether Mason and his fellow Pink Floyd alumni have any plans to work together in the future he had this to say.

"No, we have are no plans. I think David probably wants to do another solo album, that may be his next move. And I think that after that, we'll see how he feels. At the moment, he is not interested.

"And I think Roger, even if he was interested, has got another nine months or so of touring his version of The Wall. So there's nothing in the cards. I have to say unfortunately, because I'd be very happy to pack my knife, fork, spoon and drumsticks and head out."

That's one we'll keep our fingers firmly crossed for.