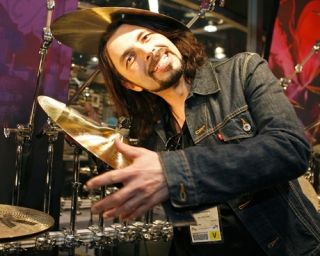 John Tempesta is heading to the UK with his buddies from The Cult this month, and he's sticking around for some Tama clinics at the start of February.

The sticksman, who has previously sat behind the kit for Rob Zombie, Exodus and a ton more, will perform at the following dates:

Take a look at the killer clip below to see what you can expect from the clinics.

You can also see John on The Cult's UK tour which kicks off in Leeds on 18 January and runs until a show in Manchester 12 days later.