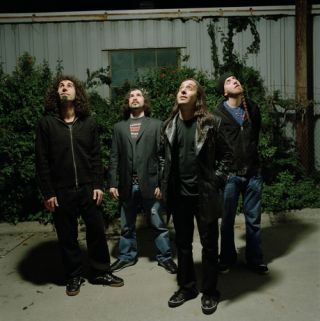 John Dolmayan has spoken about System Of A Down's reunion, saying that while the band may "irritate the s*** out of each other", their relationship is akin to a marriage. We knew they loved each other really.

The sticksman told Straight.com: "There's no real personality in the band that can be pushed to do anything that they don't want to. We are four very strong individuals."

Earlier this week System returned to the stage with a 28-song set at Canada's Rexall Place. They head to the UK next month for Download festival.