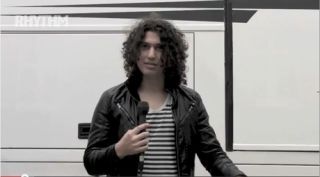 This is getting ridiculous. After bagging dream gigs in the form of Lostprophets, Nine Inch Nails and a million more, Ilan Rubin has gone and got himself in the studio with Paramore.

The supremely-talented sticksman will help the Hayley Williams-led band as they work on their as-yet-untitled fourth album.

Paramore announced the news on their Twitter page, saying: "Ladies and Gentlemen, our drummer for the 4th album.. Mr. Ilan Rubin YAYYYYY!!!!"

The band have been without a full-time sticksman since the departure of Zac Farro in 2010. We hope someone breaks this news gently to Brad Davis.