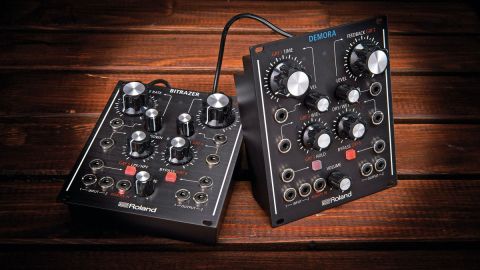 A small and flexible processor that goes beyond what some simpler units can do.

Today we're looking at the Bitrazer, the bitcrusher of the pack.

None of this is explained in the semi-generic two page owner's manual - in fact, nearly everything about using the unit is given only a cursory explanation. We understand that digital kit updates often push manuals out of date pretty quickly, but Roland's approach certainly doesn't help you get the best out of a new box of tricks.

The Bitrazer is a bit-rate and sample-rate reducer combined with a resonant filter. There is something decidedly counterintuitive about a high-quality audio engine such as this being used to emulate low-res digital conversion.

That being said, it does the job pretty well, and works particularly nicely on drums. As before, you can roll your own variations via software - though, we wonder if this particular effect really warrants its own hardware variant in the range.