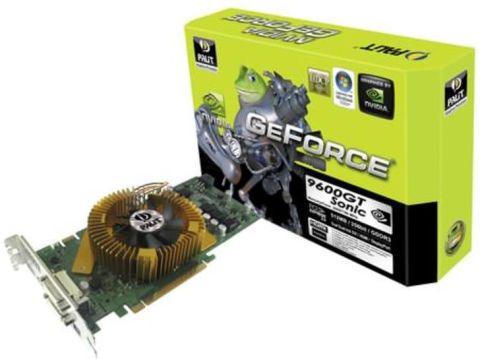 It's been a long time coming, but NVIDIA has finally produced a worthy successor to the 7600 GT

This is getting silly. With the launch of the new GeForce 9600 GT, Nvidia has added yet another chipset to the ludicrously crowded upper-medium segment of the PC graphics market. To give you some idea of how congested things have become, have a chew on this brief synopsis.

It's into this baffling, DX10-powered melange that Nvidia has dropped the 9600 GT. The particular Palit-flavoured 9600GT Sonic tested here, complete with factory overclocked core and memory settings, weighs in at £127.