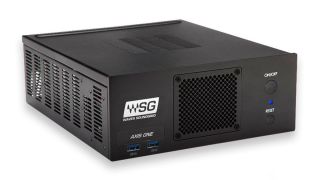 Music software companies moving into hardware is nothing new, but we can’t recall a plugin developer releasing its own computer before. Waves Audio is doing just that, though: the Waves Axis One is a Windows 10 PC that’s optimised to run its products.

The machine has been custom-designed and is built into a rugged half-rack 2U case. It’s designed to be used for live sound, broadcast and studio work, and promises rock-solid performance. It can also be used as the centrepiece of a Waves SoundGrid system.

The specs are as follows: