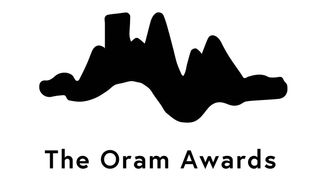 The third annual Oram Awards are nearly here and for the first time will be forming part of the Venus Unwrapped series, which is Kings Place’s flagship series focusing on boundary-pushing female composers and artists throughout 2019.

Named after the pioneering electronic musician and one of the Radiophonic Workshop’s founding members, Daphne Oram, the awards recognise talented female music creators innovating in music, sound and related technologies.

The awards ceremony will be part of an expanded programme, which also includes daytime events focussing on talks and workshops. An evening show follows the awards and features live performances by former Oram Awards winners Klein and Loraine James, including a DJ set from Beatrice Dillon.

Ain Bailey is a sound artist and DJ. Her practice involves an exploration of sonic autobiographies, architectural acoustics, performance, as well as collaborations with performance and visual artists, such as Sonia Boyce and Jimmy Robert.

Cee Haines is a composer and multi-instrumentalist who writes surreal and fantastical electro-acoustic music under the moniker CHAINES. Their album, ‘The King’, was met with critical acclaim, and their works for the London Contemporary Orchestra have been premiered at major venues including The Royal Albert Hall (BBC Proms, 2018).

Natalie Sharp is a 360 artist from Cumbria at the forefront of what The Quietus described as 'New Weird Britain’. As Lone Taxidermist, her practice focuses on presenting live music in non-conventional settings, challenging existing frameworks and expectations. Exploring issues around gender and sexuality, her practice pushes at the parameters of the live environment.

Nwando Ebizie has been carving out her own particular strand of Afrofuturism as Lady Vendredi. She is a multidisciplinary artist with an international focus whose work converges around performance art personas, experimental theatre, neuroscience, music and African diasporic ritualistic dance.

Steph Horak is a sound and video artist. She designs systems for voice and composition, and performs on the improvisation circuit. She produces experimental pop music under the name SheIsRevolting. She focuses on error, malfunction and bad programming to create polyrhythmic sonic washes against a backdrop of homemade videos.

Andie Brown began performing and recording as a solo artist in 2007 under the name These Feathers Have Plumes.

Experimenting with glass and electronics, Andie has created what she terms an “augmented glass harp” and in recent years her work has focused on sound installation.

The event takes place on Saturday 15 June 2019 at Kings Place London. Tickets for the evening event are £12.50 (plus £3 booking fee), while the workshops are free. You can purchase and register for the free tickets on the Oram Awards website.